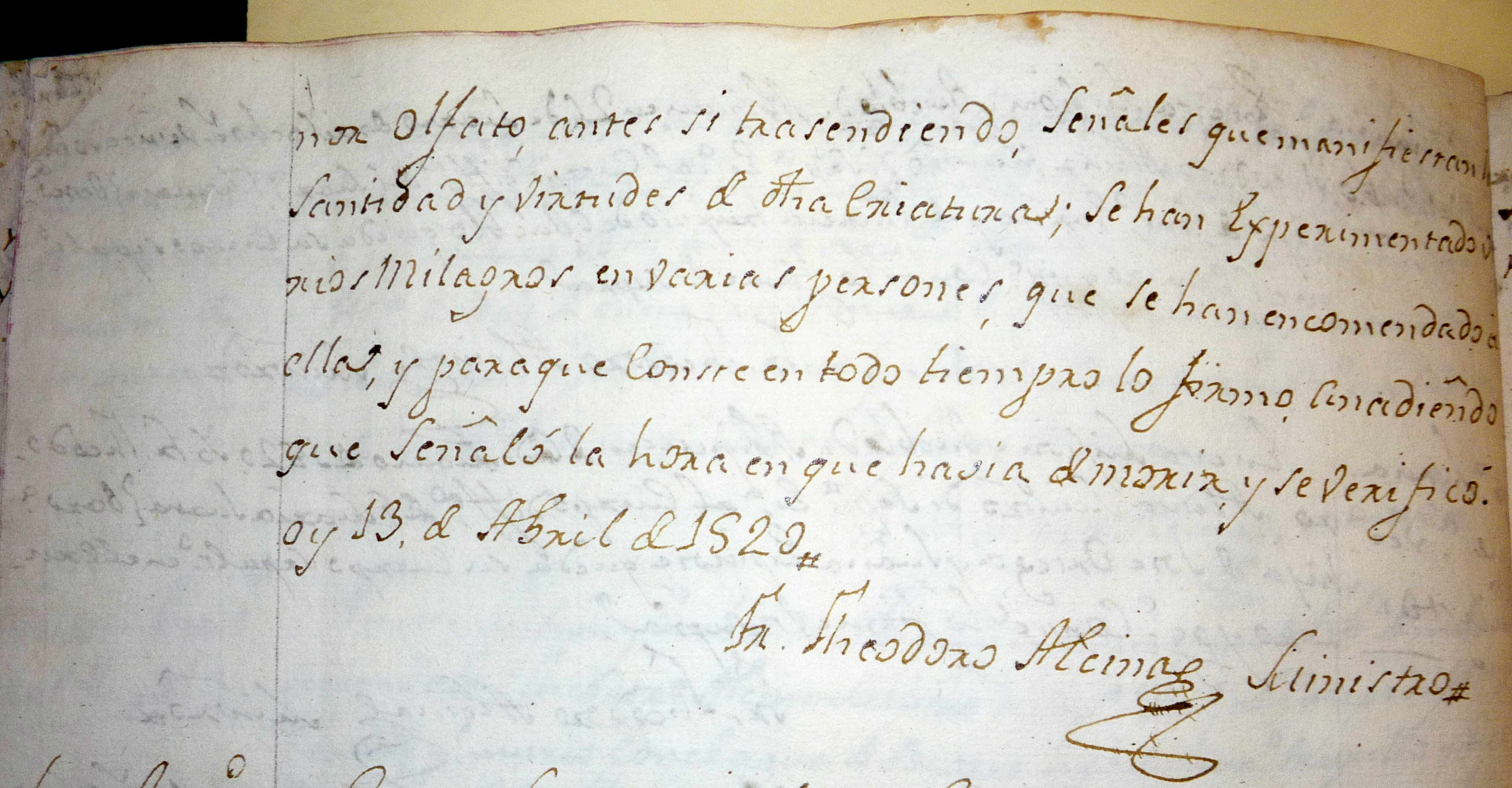 Note
On said day and said burial a casket was exposed of which the burial was cited on the back of page 75 which was of the body of Maria Jusepa de Jesus Velarde who was publically recognized as having a blessed death and life of virtue. This burial casket is found after 6 years, three months minus ten days later – at which time a large flood in the past year caused water to go into the casket, and wet the body, but without the least amount of foul smell, and that in the past there were signs transended that manifested the saintliness and virtue of the said child. Various miracles attributed to her were witnessed by various persons, and so that it is registered for all time, I sign this note adding that she (Maria Jusepa) predicted the date of her death which I verify today April 13, 1820.
Fr. Theodoro Alcina, Minister