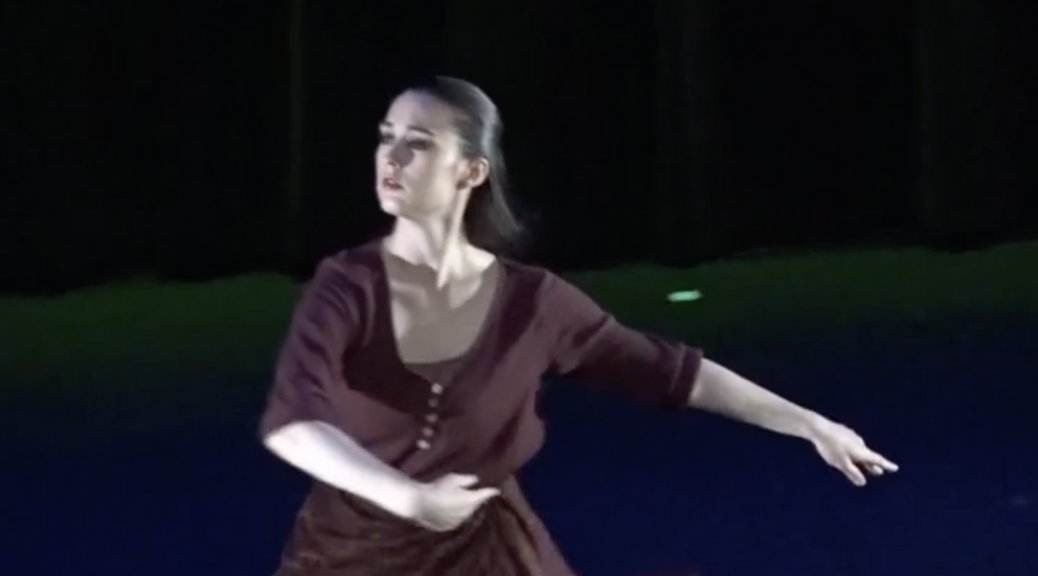 There are many ways in which a story can be revealed. Some believe that storytelling only belongs in the hands of the orator or writer, who use words to evoke imagination. However, in the hands of a weaver or sculptor, a story can in reality, be formed from wool, wood, clay and stone, the essence gradually emerging from the raw form. In the hands of the painter, the canvas is like a page and paint like the ink that form words. The steady hands of the photographer or videographer begin with the frame and culminate on the editing table, all crafting the narrative.

There are countless examples of how history itself inspires story in different forms, one telling flowing to the next. Indeed, creativity is often born from inspiration, one story inviting the telling of a new one. Sometimes that story begins with a memory and oral history, as is the story told by Nora Rael Gálvez of her grandmother, the story passed onto her from her father. In 2018, drawing upon this memory heard throughout his youth, Estevan Rael-Gálvez took pen to paper to retell the narrative of his great-grandmother, Isabelita Gomez-Rael — “The Woman Who Went Into and Through the Mountain.” That telling also inspired yet another form, this time in performative dance through the work of Spencer John Powell.

In 2018, Powell read that story and in it he recognized the power of the moving arts to illuminate it differently. A professionally trained dancer and actor with 30 years working as a dance and theatre instructor and choreographer, Spencer is the the artistic director for Visionary Dance Theatre and Kidz Danz Kompany in San Diego, California. The draw to Isabelita’s story, however, was personal for this producer of stories on stage.

Spencer had grown up in Utah as a result of his mother’s family, the Quintanas, and their migration out of Questa. Of this he would write, “When I was young child, my grandmother Nellie (Quintana) Abeyta always told me stories of when she was a young girl growing up in Questa. She not only told me stories of herself and her family, she also told me of the people and families.” While Spencer knew some of his relative, much of his connection to the place and people of this small village had been lost over the years. His exploration into genetic genealogy changed all of that. In his reflections about this process, he wrote, “It connected me to relatives that I never knew I had. It helped facilitate introductions and conversations.  It reignited my search for my Questa ancestors. I went back to Questa to connect my newly found information and began to see Questa through new eyes.”

Inspired by what he had learned, in 2018, he decided to present “QUESTA, Chronicles of an American Family” in 2018. History was not the only inspiration for Spencer, but power and politics as well. As he immersed himself in this exploration, he also wanted the production to respond to the history of erasure of communities of color that had, in spite of the omission of their stories, long contributed to the United States. For Spencer, the erasure was being compounded daily by the political climate of hate. He wrote, “It seemed like there was a message being sent that only people of Caucasian descent were true Americans. I was dismayed at what I was seeing.  With my genealogy greatly realized through technology and the growing, negative political climate, I decided to create a work that honored my ancestors and my American heritage.”

In the production of “QUESTA,” Spencer would re-staged a past work entitled “Three Ballads For Mother,” which had been created in 1994, a year after his mother’s passing. Two other sets, “Quintana” and “Nellie” provided a look at the Quintana Family’s migration to Utah. The dance concert work included individual pieces such as “Quela And Veva – A Portrait”, a movement work inspired by a photo, and according to Powell, “my curiosity behind the portrait of my two great Aunts, and the many stories that I heard about these two sisters, who had never married but took part in the raising of many of my family’s children.”

In one other production, he took the story that had been written by Rael-Gálvez and reimagined it, as “Woman and Mountain.” In his family search, Spencer discovered that he too was a descendent of Isabelita Gomez Rael and just as she would find her way through the mountain, Spencer navigated through the tangled web of ancestry to this story that belonged to him as well.

Woman and Mountain was performed by Caley Hernandez. Music by Andy Hull and Robert McDowell.

One thought on “Dancing Her-Story”