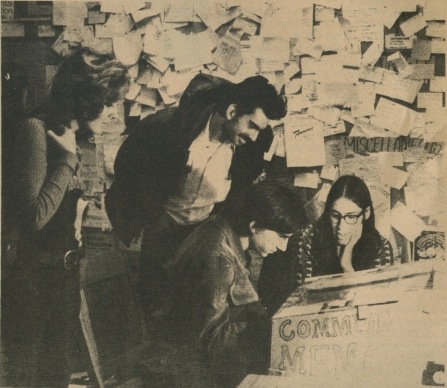 There’s something magical about entering rural libraries. They are warm and inviting community spaces crammed with books. Like their urban counterparts these small but mighty institutions are taking on new roles in the digital world. Computer terminals provide connection to all kinds of online information and are collecting points for community memory.

The first computerized system to use the term “Community Memory” was invented in Berkeley in 1973. It was a simple electronic bulletin board that allowed users to send and retrieve messages via a terminal in a record store. Yet long before computers were invented, it was libraries that often played the role of community memory systems.

Today the concept of community memory is applied to a wide array of projects that use computers to create new memory systems called digital archives that encode and store cultural information and allow it to be retrieved and shared.

Recognizing the important role of rural libraries as sites for community memory, the Manitos Community Memory Project is partnering with them to create a new kind of digital archive that, unlike a traditional archive, will be community generated and community controlled.

Featured image: The first Community Memory terminal, an ASR-33 teletype, at Leopold’s Records, Berkeley, CA, 1973. Photo taken by and for the Community Memory Project, first published in the Resource One Newsletter, April 1974.