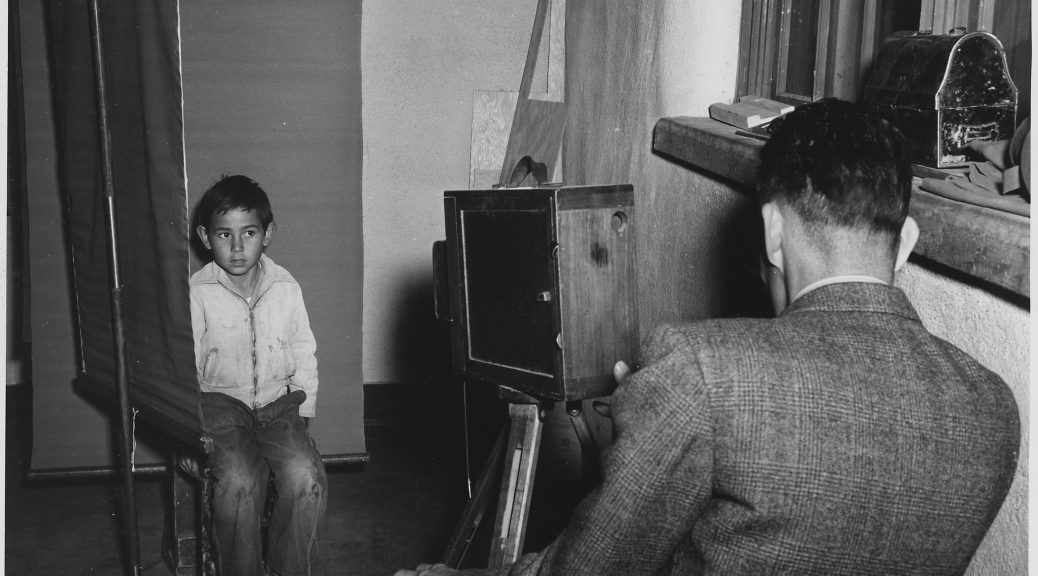 It is not unusual to go years and even decades without thinking about them. They hide away, on a bookshelf or in a dusty box under the bed, ready to surprise us in a rush of memories. Yearbooks.

The modern yearbook was invented by Boston photographer George K. Warren sometime in the 1860s. Warren, desperate for an angle, as the albumen print process eclipsed the daguerreotype in popularity, began marketing photographic print multiples to college students, who would then coordinate to bind collections of these duplicates to keep as momentos of each school year. As photographic and printing processes advanced, yearbooks were standardized into the format we know and became an ubiquitous annual ritual, documenting faculty and class photos, the members of sports teams, school clubs and other expressions of school culture and spirit. It is not known when the first yearbooks were published in New Mexico, but early examples place college yearbooks as early as 1907 and Deming High School had yearbooks as early as 1911.

Unlike our personal photos collections, which are often subject to the whims of memory and sometimes arrive to us with little to no information, their stories imperfectly remembered, a yearbook by its very nature is timebound and comprehensive. This is who was present, what they looked like and here are some of the things they did, in this specific moment. The definitiveness of the time and place an anchor for remembering.

There is often no better record of a community’s youth as they were, before becoming the adults that would one day be a community’s parents and eventual grandparents.

This has not been lost on the members of the community Facebook groups that have helped inform the Manitos Community Memory Project. Each group, at one time or another, has seen posts about yearbooks and those posts inspire scores of commentary, a testament to the emotional power and practical utility (especially for genealogists), of these oft-neglected volumes.

Ken Gardner, in the ‘Families of Amalia and Costilla New Mexico’ group, remembers the faculty of 1949, revealing bonds of kinship that tied these teachers to the community beyond professional dedication. Comments are filled with outpourings of affection and appreciation for remembered teachers, that might also be relatives or family friends.

Also in Costilla, Pauline Rivera and the Costilla Kitties of 1965, fondly remember their time as a cheerleaders. Katherine Trujillo-Bishop shares an old Costilla cheer that her mother taught her.

A post by Estevan Rael-Galvez, in the ‘Families From Cerro, New Mexico’ group, reveals the close knit nature of the mountain communities. In 1961, classroom photos from Cerro schools were printed in the Questa yearbook, highlighting how interdependent the vulnerable educational systems of our villages could be at times.

A post in the ‘Remembering Penasco back when…’ group by Muniz PoundPuppy, proposes publishing a collection of Penasco yearbook senior class photos and makes a good case for its necessity. That post garnered 118 comments revealing a strong community desire to preserve these legacy documents.

An initiative to collect and preserve complete collections of yearbooks from all the villages would also be ideal. An invaluable resource for descendants tracking continuity in the exuberant youth of their elders.

One thought on “Yearbooks- Reflections of a Community’s Youth”